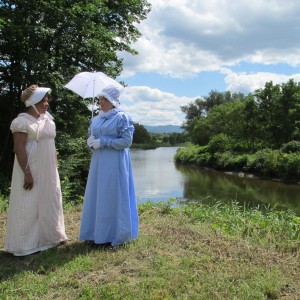 Two Jane Austen weekends in a row always leaves me trying to catch up with lots of things around the inn. But as I’m doing that catching up, I think of all the good memories and good pictures that went away with my guests and I don’t mind a bit. The weather was beautiful on Saturday of the “in character” weekend for carriage driving and fencing and archery, a relief after such a rainy summer. 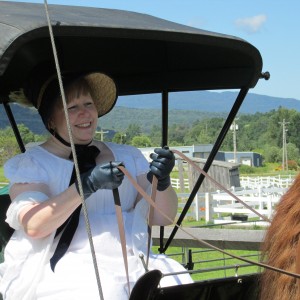 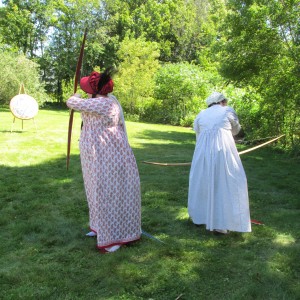 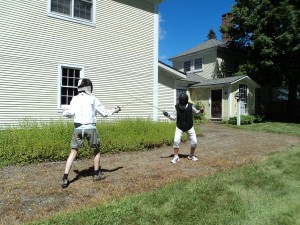 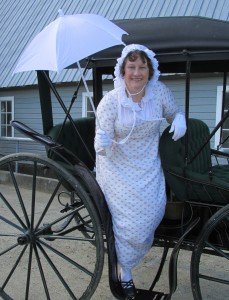 “Lady Russel” descends from her carriage

And our mile-long walk to the river for a picnic where Tess Quinn read to us one of her Pride and Prejudice inspired short stories was also without the rain that has poured on that activity in years past. 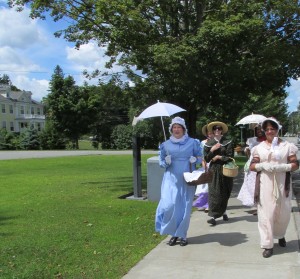 A very long walk with a Regency picnic 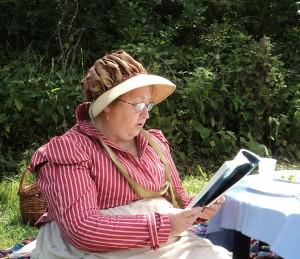 But the real star of the weekend was the workshops given by Hope Greenberg for making reticules and turbans. The “characters” were clearly looking forward to it when they arrived, but upon seeing the beautiful pieces of material that Hope brought for them to choose from, their eyes lit up. I saw actual scrambling as the bag of cloth was emptied out into a four-poster in Hope’s room. From the bits of cloth and decorative additions like feathers and beads that were strewn around most of the ground floor rooms on Saturday afternoon, it was obvious that a lot of creativity and hard work had taken place there. Still, it was amazing to watch the beautiful turbans, all so very different, appearing from the pieces and everyone had something new and elegant to wear as we danced after dinner on Saturday night. 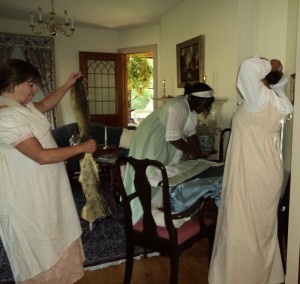 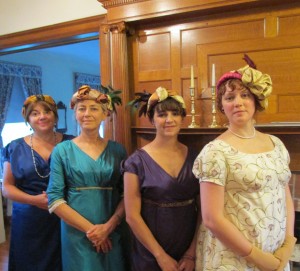 As always, Val and Tom Medve did a great job of instructing us in English country dancing so that even Mr. Collins acquitted himself well, almost. 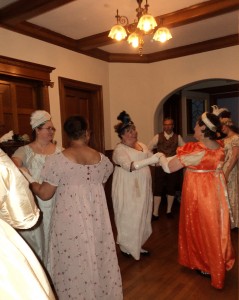 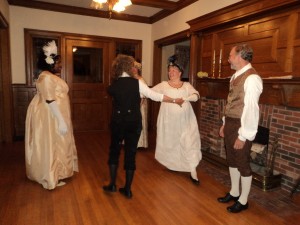 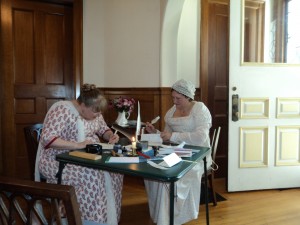 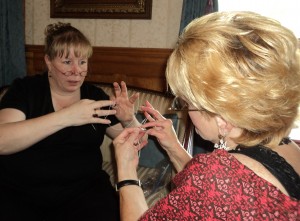 Trimming quill pens and writing with them proved again to be not so easy, but some beautifully written letters were produced. Tatting, as usual, was no easier, but several people did very well with it so maybe we’ll see some finished work next summer. 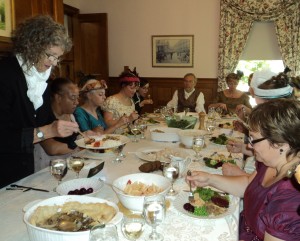 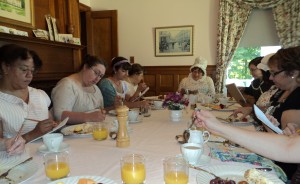 concentrating on the Regency quiz

Our Regency dinner party was relaxed and the Devonshire squab pie was very popular, but brunch called for concentration as everyone worked on the quiz. They claimed it was as difficult as usual, but I promise, half the questions had been seen at previous brunch quizes and several prizes were awarded. 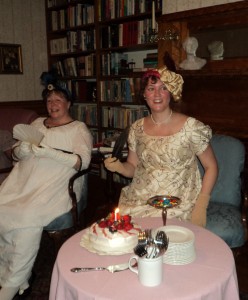 celebrating a birthday during a Jane Austen weekend 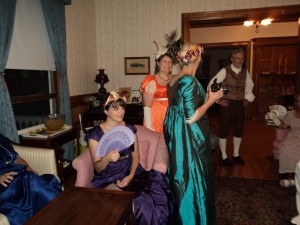 During a short rest from the dancing, we celebrated a birthday. I would say that the new game which we tried out at both weekends was a success. I may make it available to download from the website, but that’s one of many things that needs my catching up so don’t look for it any time soon.

In the meantime, there is still availability for the both the September and the January, Pride and Prejudice weekends and the first in the Sense and Sensibility weekend series that starts on January 24th. And, I am happy to announce, some of the regular book weekends may now include English country dancing after the dinner and book discussion on Saturday night.