This is Vermont Route 15, otherwise known as The Grand Army of the Republic Highway, 40 scenic miles of Vermont farmland and small towns through rolling hills along the scenic Lamoille River. The Lamoille Valley Rail Trail follows pretty much the same path but meanders a bit more toting up 53 miles. The rail trail is reserved for non-motorized use until snow season when snow mobiles join hikers and cross-country skiers.

Two miles east of Hyde Park, go straight through the rotary to stay on 15 East. Then immediately past McDonald’s on the right there is a Price Chopper grocery store with picnic supplies.

10 miles farther along, look for a covered railroad bridge on the right. This is the Fisher Bridge and it is, at the moment, being renovated, but it will become part of the recreation trail. It was built in 1908 using the Town design of crossed trusses that was developed for covered railroad bridges, but later used for many highway bridges as well. Its 102 feet of length crosses the Lamoille River. It is one of the very few remaining covered railroad bridges in the US and perhaps the only one in the world with a cupola. The cupola which runs the full length of the bridge to provide ventilation for the steam from the engines was not part of the orioginal design, but added during the original construction. There is a little picnic ground next to the river, even a little covered shelter. It is also possible to fish here in the river, although a Vermont fishing license is required.

A few miles along there is a left turn on Route 14 north toward Newport. It’s said to be a good place for spotting Moose. The best sightings are at dawn and dusk, but do be on the lookout for these very large creatures at any time of day if you take this little detour.

Staying on Route 15, a quarter of a mile later you will enter the town of Hardwick. There is no stop sign for traffic making the left turn onto Main Street. Half way along on the right, you’ll see the small Galaxy Bookstore. Don’t be put off by its size; it’s worth a stop if you value quality over quantity. Just before you reach the turn onto Main Street there is a small parking area on the left right next to the river. The Village Restaurant is on the corner.

Three miles after Hardwick, there’s a left turn for Route16. Another road for possible moose sightings.

Continuing on Route 15, not quite 5 miles after the Route 16 junction, there’s a right turn onto Route 215 that goes to Cabot. Several miles before this, there is a right turn for Cabot with a sign saying Cabot 6 miles. You can go that way and it’s about 2 miles shorter, but ity’s a more scenic drive if you wait to turn on Route 215. Immediately past the center of the town of Cabot, you will see the towers of the Cabot Creamery where you can learn about turning local milk into cheese and other dairy products. I went in the morning with my young granddaughter and we had fun sighting lots of milk trucks collecting milk from the 101 surrounding farms and delivering it to the Cabot Co-op. And when we left, a truck full of cheese was just pulling out of the factory. Find your favorite cheddar by tasting cheeses of many different ages in the visitors center.

Follow Route 215 north to find Route 15 East again and go about a mile to the Rowell Sugar House. They are open every day to sell maple syrup in many sizes as well as other maple products from their own sugar house. Look at their huge collection of syrup pitchers while you’re there.

Not quite 5 miles farther you will see the rail trail quite close to the road and a little beach on the pond. Quite often in summer there is a food stand there. You will also find the Brainard Library, Vermont’s smallest library. It is staffed Monday through Frday, 2:00 – 4:00 p.m. by volunteers. But, not to worry, at other times when the library is not open, it is possible to borrow a book from the miniature of the library around behind the building on the rail trail.

Almost immediately after that, Route 15 will end. Turn left onto Route 2 East toward St. Johnsbury. At this intersection there is a small parking place next to a dam and some informational maps.

CORN MAZE
In late summer and fall there is a fantastic corn maze in Danville, the biggest corn maze in New England and a different design every year. Look for the sign saying turn left and 9 miles to the corn maze.

Not quite 2 miles farther there is a place to pull off to the right and enjoy a beautiful view of hills and distant mountains. It’s worth a stop in any season.

In 5 miles there a turn for I-91 South and I-91 North. At the end of this description there is information about continuing your drive.

ST. JOHNSBURY ATHENAEUM & ART GALLERY
If you continue on Route 2 East just over a mile after I-91 you come up a hill onto Main Street in St. Johnsbury where you have the right-of-way when making that left turn. After a couple blocks, Route 2 turns right and goes down the steep hill of Eastern Avenue. On your left at the intersection is the Athenaeum. It was a gift to the town from the Fairbanks family who owned the world-class scale factory in the 19th century. It is the town’s public library, but the building alone is worth a visit. Its 1890’s architecture is beautiful preserved and charming. One could easily imagine Marian the Librarian coming around the corner from one of the small rooms. The Fairbanks family also donated an excellent collection of Hudson River School paintings, which includes Albert Bierstadt’s huge (116 x 180 inches) painting, Domes of the Yosemite. They hang in the back room and you may simply wander in a have a look for a donation to the library.

FAIRBANKS MUSEUM
Half a mile farther along Main street is the Fairbanks Museum. What I like best about it is the building itself. It looks like a museum with beautiful old wooden display cases and spiral staircases that wind up to the balconies. It was built in 1891 of red sandstone. Find the carvings on the side of the front entrance and can see if you can figure out why each was considered a leader in his field at that time. There is a planetarium and variety of exhibits but they are specializing more these days in natural history. Franklin Fairbanks kept detailed records of local weather and he set up an observation station at the museum, sharing his information with the National Weather Service. Later, in the 1940s, they began broadcasting weather forecasts. Today the museum houses the Northern New England Weather Center which broadcasts across northern Vermont, New Hampshire, New York and into Quebec.

If you followed Route 2 by turning right down the hill in front of the Athenaeum, you will come to Railroad Street. On the way, you pass Catamount Arts on the right with humble beginnings as a traveling film presenter in 1975, it now offers foreign, independent, and classic films; exhibitions by local and regional artists; and live music, dance, and theater performances.

Turn right on Railroad Street and go about a mile to the beginning of the Lamoille Valley Rail Trail where there is plenty of parking. Immediately on your left is an information center in the charming old railroad station.

Or turn left onto Railroad Street to continue following Route 2. On the right look for the BoxCar Bookstore where you’ll find a little cafe and good selection of books and gifts, especially for children.

Follow Route 2 as it turns right a couple of blocks later. About a mile after the bridge the Maple Grove Museum and Store will be on the right .

You are now about one hour’s drive away from Mount Washington in the White Mountains of New Hampshire. The best route is I-93 South to 203. Continue on Route 2 East and I-91 South will be sign-posted.

I-91 North will take you to Newport, Lake Memphremaghog, and into Canada in a little over an hour.

If you want to go south, return to I-91 South which goes past Norwich and the King Arthur Baking Store at exit 13. You’ll find fabulous baking supplies and equipment as well as delightful snacks or lunch. Ten minutes later at exit 10, take I-89 North to head back toward Hyde Park. I-89 South goes to Concord, New Hampshire where you can take I-93 toward Boston.

EXCEPTIONAL COVERED BRIDGE DETOUR
If you continue on I-91 South to exit 9 and follow Route 5 south into Windsor and turn left onto appropriately named Bridge Street, you will cross the Connecticut River, entering New Hampshire as soon as you leave the western river bank behind. The Cornish-Windsor Bridge is the longest single-span covered bridge in the world, another Town design. Be sure to stop on the New Hampshire side and look back at the toll sign that hangs over the entrance from the east. There is a small parking place immediately to the right after you cross.

You can retrace your route to return to Route 89 via I-91 or turn left off the bridge and follow Route 12A north (15 miles in 25 miniutes) to West Lebanon and I-89. You will shortly pass Saint Gaudens National Historic Site where Daniel Chester French sculpted the famous Lincoln who sits in the Lincoln Memorial in Washington DC and the stirring Shaw Memorial on Boston Common. 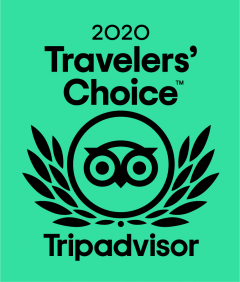